Telfair Center for the Arts

Old South Georgia College Administration Building for its adaptive use as the Telfair Center for the Arts. 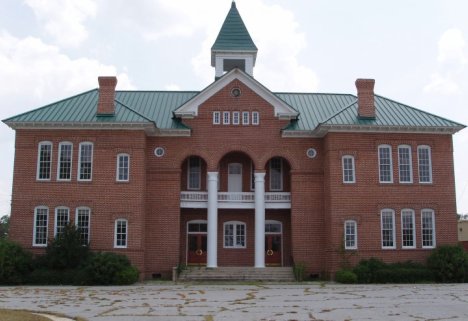 Received the 2015 Georgia Trust's Award for "Excellence in Rehabilitation" for the rehabilitation of the of the Old South Georgia College Administration Building for its adaptive us as the Telfair Center for the Arts.

The mission of the Society is the preservation of Telfair history and to promote  interest in the arts among the regions citizens. To this end, an extensive restoration and rehabilitation of the Administration Building was undertaken in 2002. Today, the resultant Center features restored lobby and auditorium, dressing rooms, public restrooms, and two reception rooms. The auditorium, noted for its wonderful acoustical qualities, seats 400 and its stage is 20 X 42. The Center is air conditioned and adequate parking is available. The first event in the new Center was held in March, 2010.

TCA WOULD LIKE TO THANK THE FOLLOWING FOR THEIR GENEROUS SUPPORT

GEORGIA COUNCIL FOR THE ARTS